Become exclusive, make a booking with us
and receive the best rate, guaranteed. 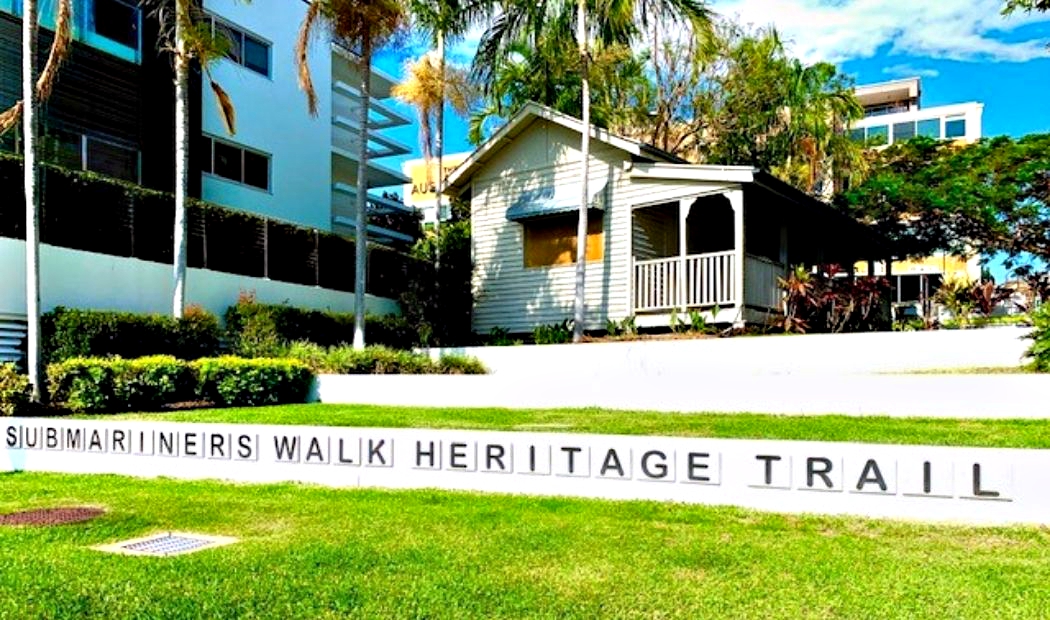 We love to encourage our guests to 'Live Like A Local' and for the historian buffs, you might be pleasantly surprised there is a piece of history just around the corner.  The Submariners' Walk Heritage Trail, is where Australian and US submariners were based at the Capricorn Wharf at Teneriffe during WWII.

About seventy US submarines used the Capricorn Wharf for maintenance and repairs during the war, and for the last three months of 1942, there were as many US submarines operating from Brisbane as from Pearl Harbor. About 800 US service personnel were involved at Capricorn Wharf and there were further men and women at the store depot at Windsor. In addition, Archbishop Duhig's Benedict Stone factory was acquired for torpedo maintenance and storage.

In 2013, the Governor of Queensland opened the Submariners' Walk Heritage Trail along the river where the subs used to dock. Along the trail, you will find plaques commemorating the men, the ships, and their service during WWII. There are seats shaped like submarines for people to sit on while they reflect on the sacrifices of war-time service personnel made.

The walkway along the river is now a beautiful and peaceful place, used by cyclists, runners, walkers, and sightseers alike.

We recommend starting the heritage walk from the Teneriffe Ferry Terminal which is a 14-minute stroll from the hotel along Commercial Road.